Journals of the Continental Congress
United Colonies of America 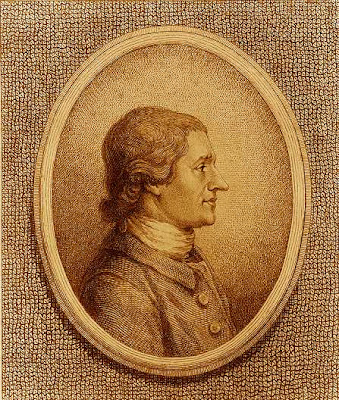 September 5, 1774, Meeting of the Delegates chosen and appointed by the several Colonies and Provinces, in North America, to hold a Congress at Philadelphia, Members present from the several Colonies, Peyton Randolph elected President, Credentials read and approved, For New-Hampshire, Massachusetts, Rhode-Island, Connecticut, New-York, New-Jersey, Pennsylvania, Delaware, Maryland, Virginia, South Carolina, Charles Thomson elected Secretary September 6, 1774, Richard Henry Lee, from Virginia, attended, Rules of Order adopted, Reverend Mr. Duché requested to open the Congress with Prayers, Thomas Johnson, Jun., from Maryland attended, September 7, 1774, Committee appointed to state the Rights of the Colonies, the instances in which they are violated, and the means most proper to obtain a restoration of them, Committee appointed to examine and report the several Statutes which affect the Trade and Manufactures of the Colonies, President authorized to adjourn, from day to day, when there is no business, September 12, 1774, Matthew Tilghman, a Delegate from Maryland, attended, September 14, 1774, William Hooper and Joseph Hewes, from North Carolina, attended, Henry Wisner, from Orange County, in New-York, attended, George Ross, from Pennsylvania, and John Alsop, from New-York, attended, Delegates from Massachusetts presented the Proceedings of the Joint Committees of the Towns in the County of Middlesex, at Concord, on the 30th and 31st of August, September 17, 1774, Richard Caswell from North Carolina, attended, Resolutions of the County of Suffolk, Massachusetts, on the 6th inst., laid, before the Congress, Resolution of the Congress, approving of the Suffolk County Resolutions, Contributions from all the Colonies for supplying the Sufferers in Boston, should be continued, Report of the Committee appointed to examine the Statutes, brought in and laid on the table, September 19, 1774, Referred to the Committee appointed to state the Rights of the Colonies, September 22, 1774, Merchants and others in the several Colonies requested not to send to Great Britain any orders for Goods, Report of Committee on the Rights of the Colonies, brought in and read, Copy of the Report made out for each Colony, September 24, 1774, The Report considered, Congress will now consider only such Rights as have been infringed since 1763, postponing the consideration of the General Rights of America to a future day, Committee appointed to state the Rights, brought in a Report of the Infringements and Violations of American Rights, Consideration of the Report deferred, Congress, in the meanwhile, to deliberate on the Means to be pursued for a restoration of our Rights, September 26, 1774, John Herring, from Orange County, New-York, attended, Consideration of the Means for restoring Rights, resumed, September 27, 1774, Further considered, Importation of all Goods, Wares, and Merchandise, whatsoever, from Great Britain, or Ireland, prohibited after first of December next, None exported from Great Britain, or Ireland, after that day, shall be used or purchased in the Colonies, September 28, 1774, Resolution offered by Mr. Galloway, declaring the Colonies hold in. abhorrence the idea of being considered Independent Communities, Mr. Galloway's Plan for a proposed union between Great Britain and the Colonies, Means of restoring the Rights, considered, September 29, 1774, Galloway Plan Further considered, September 30, 1774, Galloway Plan Further considered, Exportation of all Merchandise whatsoever, from the Colonies to Great Britain, Ireland, and the West Indies, prohibited after the 1st of September, 1775, unless American Grievances are redressed before that time, Committee to prepare a Plan to carry into effect the Non-Importation, Non-Consumption, and Non-Exportation resolved on,


October 22, 1774, Peyton Randolph unable to attend the Congress, Henry Middleton chosen President, Address from Christopher Tully received, Journal ordered to be printed, A Congress to be held on the 10th of May next, unless redress of Grievances should be sooner obtained, recommended, Letter from Congress to the Colonies of St. John's, &c., October 24, 1774, Address to the People of Quebeck reported, considered, and recommitted, Address to the King reported, October 25, 1774, Address considered, approved, and ordered to be engrossed, To be sent to the Colony Agents, to be presented to his Majesty; and the Agents requested to call in the aid of such Noblemen and Gentlemen as are firm friends to American Liberty, Committee to prepare a Letter to the Agents, Thanks of Congress to the patriotick Advocates of Civil and Religious Liberty who have espoused the cause of America, both in and out of Parliament, October 26, 1774, Letter to the Colony Agents, Address to the Inhabitants of the Province of Quebeck, Address to the King, List of the Colony Agents, List of the Delegates who attended the Congress, Congress Dissolves itself

1775  May 10 Second Continental Congress convenes at Pennsylvania State House; reelects President Peyton Randolph and Secretary Charles Thomson. May 17 Resolves to ban exports to British colonies failing to join the Association. May 18 Receives news of the capture of Ticonderoga and Crown Point. May 24 Elects John Hancock President of the Continental Congress. May 26 Resolves to send a second petition to the king and to put "these colonies . . . into a state of defense.”  June 1 Resolves against an "expedition or incursion" into Canada. June 2 Receives Massachusetts proposal to take up civil government. June 7 Resolves to observe July 20 as a Fast Day. June 9 Endorses assumption of civil authority in Massachusetts by the provincial convention. June 10 Resolves to organize a Continental Army. June 15 Appoints George Washington commander in chief of the army. June 22 Resolves to emit $2 million in Continental currency. June 27 Approves invasion of Canada.


1776 - January 1 Recommends "the reduction of St. Augustine." January 3 Recommends a quarantine of Queens County, N.Y., for refusal to send deputies to the New York Convention. January 6 Adopts regulations for the division of marine prizes. January 8 Orders reinforcements to Canada; receives news of the king's speech from the throne (October 27, 1775) and of the destruction of Norfolk, Va. January 11 Resolves that any person refusing to accept Continental currency "shall be. . . treated as an enemy of his country. " January 16 Limits black recruitment to the reenlistment of "free negroes who have served faithfully in the army at Cambridge. " January 17 Receives news of General Montgomery's defeat at Quebec; appoints a committee to prepare regulations for opening American ports on March 1, 1776. January 19 Orders additional reinforcements to Canada in response to General Montgomery's defeat. January 24 Orders publication of a public statement on the repulse at Quebec and of a new "Letter to the Inhabitants of the Province of Canada." January 25 Orders preparation of a monument and delivery of a funeral oration in tribute to the memory of General Montgomery. January 26 Appoints a committee "to repair to New York, to consult and advise ... respecting the immediate defence of the said city." January 27 Directs the Secret Committee to import goods for use of the commissioners of Indian affairs "in order to preserve the friendship and confidence of the Indians." January 31 Forbids enlistment of prisoners of war.


February 5 Recommends that additional efforts be made to instruct and convert the Indians. February 13 Exempts inter-colonial trade in naval stores from general trade restrictions; tables draft "address to the inhabitants of these Colonies." February 15 Appoints a committee to proceed to Canada to promote support for the American cause. February 17 Appoints the Treasury Committee; resolves to emit additional $4 million; appoints Gen. Charles Lee to the Canadian command. February 23 Appoints committees to promote the manufacture of firearms and the production of salt petre, sulphur, and powder. February 26 Prohibits sailing of vessels loaded for Great Britain, Ireland, or the British West Indies. February 27 Establishes separate military departments for the middle and southern colonies. February 29 Receives General Washington's letter on Lord Drummond's peace mission.


March 1 Appoints Gen. Charles Lee to command of the southern department. March 2 Committee of Secret Correspondence appoints Silas Deane agent to France to transact business "commercial and political." March 4 Removes the sailing ban on vessels loaded for Great Britain, Ireland, or the British West Indies and desiring to import arms and ammunition. March 6 Appoints Gen. John Thomas to the Canadian command. March 9 Appoints a committee to study the "state of the colonies in the southern department"; denies military officers authority to impose test oaths. March 14 Adopts resolves on defending New York and disarming the "notoriously disaffected" in all the colonies. March 16 Declares May 17 "a day of humiliation, fasting, and prayer. " March 20 Adopts instructions for the commissioners appointed to go to Canada. March 23 Adopts a declaration and resolutions on privateering, subjecting British ships to seizure as lawful prizes. March 25 Adopts a report on augmenting the defenses of the southern department. March 27 Attends the funeral of Samuel Ward. April 1 Establishes the Treasury Office.


April 2 Commends General Washington and his troops for conducting the successful siege and forcing the evacuation of Boston. April 3 Adopts "Instructions" for privateers. April 6 Opens the trade of the colonies "to any parts of the world which are not under the dominion of the [King of Great Britain]"; prohibits the importation of slaves. April 11 Delivers a speech to Captain White Eyes of the Delaware Indians. April 15 Urges cultivation of harmony between the Connecticut and Pennsylvania settlers in the Wyoming Valley. April 16 Requests the Maryland Council of Safety to arrest Gov.William Eden. April 23 Appoints Continental "agents for prizes in the several colonies"; instructs the commissioners to Canada "to publish an Address to the people of Canada." April 29 Instructs a committee "to prepare a plan of an expedition against Fort Detroit." April 30 Appoints the Indian Affairs Committee.


May 6 Postpones prescribing procedures for receiving peace commissioners rumored to be en route to America; re solves to raise $10 million "for the purpose of carrying on the war for the current year" and appoints a "ways and means" committee. May 9 Resolves to emit an additional $5 million. May 10 Recommends that the colonies "adopt such government as shall, in the opinion of the representatives of the people, best conduce to the happiness and safety of their constituents." May 15 Adopts a preamble to its May 10 resolution on establishing new governments, asserting the necessity of suppressing "the exercise of every kind of authority" under the British crown. May 16 Requests General Washington's presence in Philadelphia to consult on forthcoming campaign. May 17 Adjourns to observe Fast Day. May 21 Receives news of George III's negotiations for nearly 17,000 German mercenaries to be sent to America. May 22 Adopts measures to bolster American forces in Canada; resolves to emit additional $5 million in bills of credit. May 24 Begins consultations with Generals Washington, Gates, and Mifflin on forthcoming campaign. May 25 Resolves "that it is highly expedient to engage the Indians in the service of the United Colonies." May 27 Holds audience with deputies of the Six Nations; receives instructions directed to the North Carolina and Virginia delegates pertaining to independence.

July 1 Debates the Resolution of Independence, Resolved, That a Brigadier General, acting in a separate department, be allowed an aid de camp.

Click Here For the Journals of the U.S. Continental Congress


The Congressional Evolution of the United States of America

Presidents of the United States of America

Capitals of the United Colonies and States of America

Book a primary source exhibit and a professional speaker for your next event by contacting Historic.us today. Our Clients include many Fortune 500 companies, associations, non-profits, colleges, universities, national conventions, PR and advertising agencies. As a leading national exhibitor of primary sources, many of our clients have benefited from our historic displays that are designed to entertain and educate your target audience. Contact us to learn how you can join our "roster" of satisfied clientele today!

Primary Source exhibits are available for display in your community. The costs range from $1,000 to $35,000 depending on length of time on loan and the rarity of artifacts chosen.

No Taxation Without Representation

US Bill of Rights

*Republican Party - - is a defunct political party organized by Thomas Jefferson and James Madison in 1791. The Party went out of existence over the schism between John Quincy Adams and Andrew Jackson (both Republican candidates) over the Presidential election of 1824. Today, for the sake of expediency, political scientists incorrectly refer to it as the Democratic-Republican Party. Party members throughout its existence never utilized the name “Democratic-Republican.”

*** President of the Confederate States of America